Grief comes in waves. When the waves come crashing you grab for the closest form of life support.

When my Dad took his last breath a part of my heart left with him. Years of watching my father suffer, years of begging God to be merciful were now done. Just like that my life changed. And just like that my heart felt something it never felt before, excruciating pain. Pain so deep I thought I was going to die myself.

I developed my own little force field where I quickly realized I was unable to leave. My house, my parents house and my sister’s house.  Anything beyond that was disastrous.

Of course I had to leave the force field to visit the dreaded funeral home. My sister and I assisted our grief stricken mother as we prepared my fathers final goodbyes. We were already so tired, the thought of a wake was paralyzing me with fear. I worried my father’s wake was too overwhelming for my Mom after years of caregiving.  The thought of people commenting on my father’s appearance made me cringe.  Commenting on how sick he looked, how skinny he was, the color of his suit.   The image of him laying peacefully in his casket with his hands gently folded holding his rosary while guests were staring at him began to enrage me.  Rage quickly consumed my body. I didn’t want anyone to see or touch my father.  This wasn’t a special screening to an exclusive movie, this was my father.  I mean why do they call it a “viewing” anyway?   Why did we need to have a “viewing time” for a bunch of people to stand over my father’s body and make small talk?  Who thought of this form of torture for the surviving family member?

I began to question everyone, and think thoughts I’m now ashamed of.  I was angry, my father was dead and NOW people wanted to come see him?  It seemed so backwards to me. I was totally consumed with anger.  Knowing what I was thinking, my sister held my hand, smiled, looked into my eyes and said, “But it’s Dad.”  Ugh!  She was right.  At that moment my sister convinced my mom and I we had to do a wake. Between tears and heartache we made the arrangements complete with a proper military burial.

The dreaded day of the wake arrived.  The thought of walking into a room and seeing my sweet father in a casket was paralyzing me with fear. My mom and I slowly walked in for our private family viewing. Although I am the adult child comforting my mother, at that moment I felt myself regress to a child, grasping my mother’s hand for comfort and safety.  The funeral director greeted us with his programmed sad face and began babbling about how my father looked “fantastic.” telling us we are going to be very pleased.  To his defense we expressed concern about my Dad’s appearance because the cancer ravaged his body, but I wasn’t in the mood to discuss how “fantastic” my dead father looked.  I’m not sure what came over me but I looked at him and said, “He’s in THE box! No one looks fantastic in THE BOX.”  Well, that shut him up and thank goodness because I wasn’t in the mood to chit chat with the Grim Reaper for the rest of my father’s wake.

When we saw my father we cried enough tears to fill the Hoover Dam. Family viewing time ended and the room began to fill with countless guests.  As I sat next to my mother I felt like a Jack in the box getting up and down to hug people. People with tears brimming in their eyes. Grown men weeping over the loss of a great friend.  I began to feel silly for the rage I was feeling the other day.  I began to see the massive impact my father had on so many people, some people I never even met.

Slowly my anger was morphing into agonizing pain and a great sense of pride.  I scanned the room again and realized these people drove from near and far to pay respects to my father.  A four hour car ride to say your final goodbyes to a friend is nothing short of magnificent.  These people loved my father and were taking time out of their busy lives to pay their respects and offer condolences to Al’s girls.

What happened next was truly amazing.  I was making my way to the ladies room and I saw a group of uniformed police officers.  Please understand I felt like a Clydesdale horse walking around with blinders on.  I walked directly into the officer and he proceeded to hug me and offer me his condolences.  Wait what?  I rubbed my eyes and realized  this officer was one of my boyfriend’s officers.  These men all took time out of their busy schedules to drive to headquarters, put their uniforms on and then drive another hour to my fathers wake.  One by one each officer walked to my mother then my father’s casket and paid their respects.  I was overcome with gratitude and pride, I watched the entire room grow silent and observe a single file of uniformed police officers pay their final respects to my Dad.  I was moved to tears of pride.

It was at that time I was positive I felt my father touch my shoulder.  I know he was proud.

The outpouring of love and grief was apparent throughout the evening and into the burial the next day.  My father had an amazing send off, complete with The NJ State Police guiding our procession to the cemetery (special thanks to my brother in law) and the United States Army playing Taps at my father’s grave commemorating his service.

These are days that I will never forget.  They were the saddest days of my life, but they also opened my eyes to the kindness of others.  Kindness that was given to us during a time when we had nothing to offer.

You never forget the people who pay their respects to a deceased loved one.  I hope their behavior will help me to display the same acts of kindness towards others. 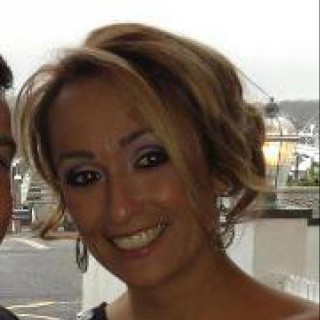 Hi! I'm Lisa, I'm just a regular person who like so many watched her larger than life heroic father battle cancer. After 7 long years of fighting he passed away on January 17, 2016. This blog is my feeble attempt to make sense of something my rational mind refuses to comprehend. I hope that you will join me as I share my journey both old and new, and I hope that if you like what you read you will share on social media. My wish is that I can help others fighting this fight and they never feel alone or afraid. Thank you for joining me on this journey as I share both old and new journal entries. I hope you like what I share! Feedback is welcome and sharing is awesome! Thank you!